A home appraisal is not the same thing as an inspection. If you're buying a home, you'll want to hire an experienced home inspector to point out any potential problems that could turn into costly nightmares in the future. Property appraisers will likely make note of any obvious issues, but they won't test your heat and air, check the chimney, or determine if your plumbing is up to code. That's the job of the inspector.

When you apply for a mortgage, your lender typically requires the property to be appraised by one of their approved appraisers. This practice helps create more consistent appraisals and gives you assurance that the appraiser is properly licensed and certified. Even though the home appraisal is the lender's requirement, it's the borrower's responsibility. You usually pay for it as part of the mortgage costs at the time of closing. The cost is typically around $300 but can be more depending on the price of the property

What do the appraisers really look at?

A common myth about the home appraisal is that curb appeal and general tidiness of the home will help bring a higher appraisal amount. While overall maintenance of the home and surrounding property is certainly a factor, details such as dirty dishes in the sink or a lawn that needs to be mowed do not affect the appraisal.

What Appraisers Look for During the Home Appraisal Process

Whether you are buying or selling a property, you probably have a set price in mind. Unfortunately, your idea of a good price will most likely not be the same as what a lender considers a good price. That’s why a lender will always need an objective assessment of the home’s value, an assessment that can only be done by a home appraiser. Appraising a home, especially in most large cities, is not an easy job. Properties that are just a couple of blocks from one another can differ greatly in price. A home’s proximity to public transit or schools, what floor an apartment is on, and whether or not there is a view are all factors that can make a big difference in the price of two seemingly similar homes. Knowing what an appraiser will look for during the appraisal process can help you better prepare your home for the appraisal.

A few key features of your home that an appraiser will be interested in are:

First, the appraiser will consider the overall size of your home. A larger property is often more desirable to buyers because it gives them the possibility of expanding the home in the future.

Another aspect related to property size is the number of rooms.

A home with many bedrooms and bathrooms will have extra value since the number of people who can live in the home will be greater. The Exterior Before even entering your home, the home appraiser will inspect the outside of your property. This involves looking at the structure of your home and inspecting the foundation, siding and roof to determine what materials they are made from and what condition they are in. The appraiser will also look for any damage to your home, such as leaks or cracks, and defects that may have gone unnoticed when the house was built. The Interior As with the exterior, the appraiser will consider the materials used in the construction of your home; their condition is very important. The main construction of your home, including the walls, flooring, windows and doors, will be carefully inspected to determine quality and identify any damage or defects. The lighting fixtures, kitchen appliances and plumbing are also evaluated during an appraisal; their condition will have an influence on the appraiser’s estimate. Extra Features Amenities that contribute to the comfort and safety of a home will greatly improve the appraised value.

8 tips to boost your home's appraisal

1. Spruce up the house. Appraisers say that you don't need to deep-clean under couches and that a few dirty dishes won't hurt your home's value. But rats, cockroaches and that car you've been tinkering on might. "Things like overgrown landscaping, soiled carpeting, marks on walls — those do affect value and are part of the property's overall condition rating.

2. Keep a list of all the updates you've made and be ready to hand it over; a sketch plan of the house indicating square footage also helps. "Have a list of updating done within the past 15 years. Itemize each update with the approximate date and approximate cost. Also highlight the notable features of the property. Remember the items that an appraiser might not notice, such as a new roof or insulation. Don't forget the minor items. For example, I mistakenly told the appraiser we hadn't updated one bathroom, but actually we had installed a new sink and had the tub sealed. That counts, the experts say. • How much are homes worth near you?

3. Have comps on hand. Yes, this is the appraiser's job, but every little bit helps -- especially if you are aware of a nearby property that sold without the aid of a real-estate agent, says Mark T. Smith, the owner and president of Smith Appraisal Services in St. Augustine, Fla. That can mean it wasn't posted on the multiple listing service, and can result in other delays by the time it gets posted through other government data sources.

4. Focus. "Don't spend money that won't yield a return on the investment. The best expenditures for most markets are paint, carpet, light and plumbing fixtures. Prioritize what you do; if you're the type of homeowner who has upgraded and fixed items as they broke, you should be fine.

5. Location still matters. If there have been changes to the neighborhood, mention them, from a new playground to a new Whole Foods. If the area has been declared a historic or landmark district, let the appraiser know.

6.Keep the $500 rule in mind. Appraisers often value houses in $500 increments, so if there's a repair costing more than $500 that can or should be made, it will count against the property. Fix leaky faucets, cracked windows, missing handrails and structural damage.

7. Remember the concept of "effective age," the age the appraiser can assign to a home after taking into consideration updating and condition. "Say you have a cracked window, threadbare carpet, some tiles falling off the shower surround, vinyl torn in the laundry room and the dog ate the corner of the fireplace hearth,"These items could still add up to an overall average condition rating as the home is still habitable. However, your effective age will be higher, resulting in comparables being utilized which will have the same effective age and resulting lower value."

8. Lock up Fido and Fifi. Appraisers say they get annoyed enough by homeowners following them around, but a snarling, growling dog is even worse. Along the same lines, try to make the appraiser comfortable — if it's cold out, put the heat on; if it's hot out, the air conditioning. "If it's 100 degrees out and you never put the air conditioning on, put it on for the appraiser so they don't question that your unit is broken,"

Appraisers will take into consideration all the extras that your home offers, such as air conditioning, fireplaces, security systems, or smoke detectors. Outdoor amenities, such as a swimming pool, garage or gazebo, could also lead to a higher appraisal. Improvements that you have made since you took ownership will influence the appraised value of your home. While inspecting the interior of your home, the appraiser will pay attention to upgrades that you have made to your kitchen and bathrooms especially. A new oven, stove, sink or bathtub is a big plus when determining your home’s value. Because the appraiser might not notice all the upgrades that you’ve made, it is important to provide him or her with a list of all the improvements before the appraisal starts. 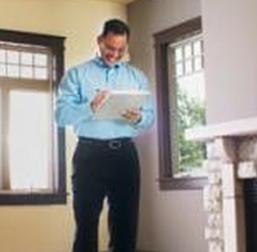 Once I get your property information I will: